Claes G. Ryn is professor of politics at the Catholic University of America where he was chairman of his department. He has taught also at the University of Virginia and Georgetown University. He is chairman of the National Humanities Institute and editor of the journal Humanitas . In 2000 he gave the Distinguished Foreign Scholar Lectures at Beijing University His many books include A Common Human Ground, Will, Imagination, and Reason (2nd., exp. ed. published by Transaction), and Democracy and the Ethical Life . 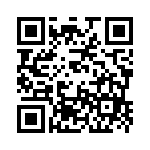