Kari J. Winter is associate professor of American Studies at the State University of New York at Buffalo. She is the author of Subjects of Slavery, Agents of Change: Women and Power in Gothic Novels and Slave Narratives, 1790-1865. 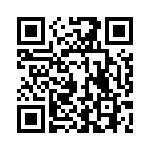