Hector Berlioz, a French Romantic composer, is probably most famous for his orchestral work Symphonie fantastique. However, he was also a prolific writer and music critic. Evenings with the Orchestra ... Vollständige Rezension lesen

A group of bored musicians stuck playing overrated operas in a small town is the background for this book. The musicians, with nothing left to do in the days before portable television, tell stories ... Vollständige Rezension lesen

French composer Hector Berlioz was one of the most influential composers of the romantic period in music. The son of a French physician, Berlioz showed an aptitude for music at an early age and taught himself to perform and compose. For a time, his father indulged his son's pastime, but in 1821 he sent the young Berlioz to Paris to study medicine. Although he attended lectures at the medical school there, Berlioz gave most of his attention to music, studying with a private music teacher and composing his own pieces. Finally, in 1826 Berlioz abandoned his medical studies and enrolled at the Paris Conservatory. To support himself, he gave music lessons and wrote articles on music. While at the Paris Conservatory, Berlioz applied for the Prix de Rome. He entered the contest four times before finally winning the prize in 1830. In that same year, Berlioz completed the Symphonie Fantastique, his most ambitious and well-known work. Based on Confessions of an English Opium Eater by Thomas De Quincey, the symphony is an example of program music, that is, music that represents a story or sequence of ideas. Berlioz developed the genre of program music into a highly regarded art, drawing themes from the works of William Shakespeare, Johann Wolfgang von Goethe, Lord Byron, and Theophile Gautier. Because the unusual nature of his compositions failed to win him much recognition, Berlioz was forced to earn a living as a music critic and music librarian. By the time he was 34 years old, he had established a pattern in his career: Each new musical composition was greeted by a mixture of wild enthusiasm from younger composers and hostility from the entrenched musical establishment. Although he did achieve some measure of fame in later life, Berlioz's genius went largely unrecognized. Despondent in later years because of a broken marriage and financial problems, Berlioz composed the dramatic symphony Romeo and Juliet. His last years were lived in bitterness and loneliness after the death of his second wife and his son. Berlioz has been called the greatest composer of melody since Mozart. He is also recognized as a master of the orchestra, having greatly expanded its expressive range through his profound understanding of individual instruments. Finally, his experimentation with new musical structures and meters freed younger composers from the strict requirements of classical musical forms and opened the way to other musical approaches. Berlioz died in Paris in 1869 after a long illness.

Jacques Barzun was born in Créteil, France on November 30, 1907. He came to the United States in 1920 and graduated magna cum laude from Columbia University in 1927. Following graduation, he joined Columbia's faculty as an instructor while continuing his studies in graduate school there, receiving a master's degree in 1928 and a doctorate in French history in 1932. He became a full professor in 1945, was dean of graduate faculties from 1955 to 1958, and dean of faculties from 1958 to 1967. He retired from Columbia University in 1975. He was a historian and cultural critic. The core of his work was the importance of studying history to understand the present and a fundamental respect for intellect. Although he wrote on subjects as diverse as detective fiction and baseball, he was especially known for his many books on music, nineteenth-century romanticism and education. His works include Darwin, Marx and Wagner: Critique of a Heritage; Romanticism and the Modern Ego; The House of Intellect; Race: A Study in Superstition; Simple and Direct: A Rhetoric for Writers; A Stroll with William James; The Culture We Deserve; and From Dawn to Decadence. He died on October 25, 2012 at the age of 104. 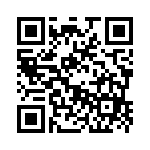